After finishing up the sitework at the West Contra Costa Sanitary Landfill in Richmond, California, the COMANCO Team poured and formed concrete in existing concrete pad areas which got redesigned. When the concrete was poured and finished, the crew worked on grinding and vacuuming the pads in order to prepare it for the epoxy-coated finish.

During the epoxy application, crew members had to wear cleated shoe covers to allow them to walk on the epoxy without contaminating the material. After the epoxy was mixed in a pail, the crew had only 20 minutes to apply the entire pail before the epoxy set or else it would not be usable. 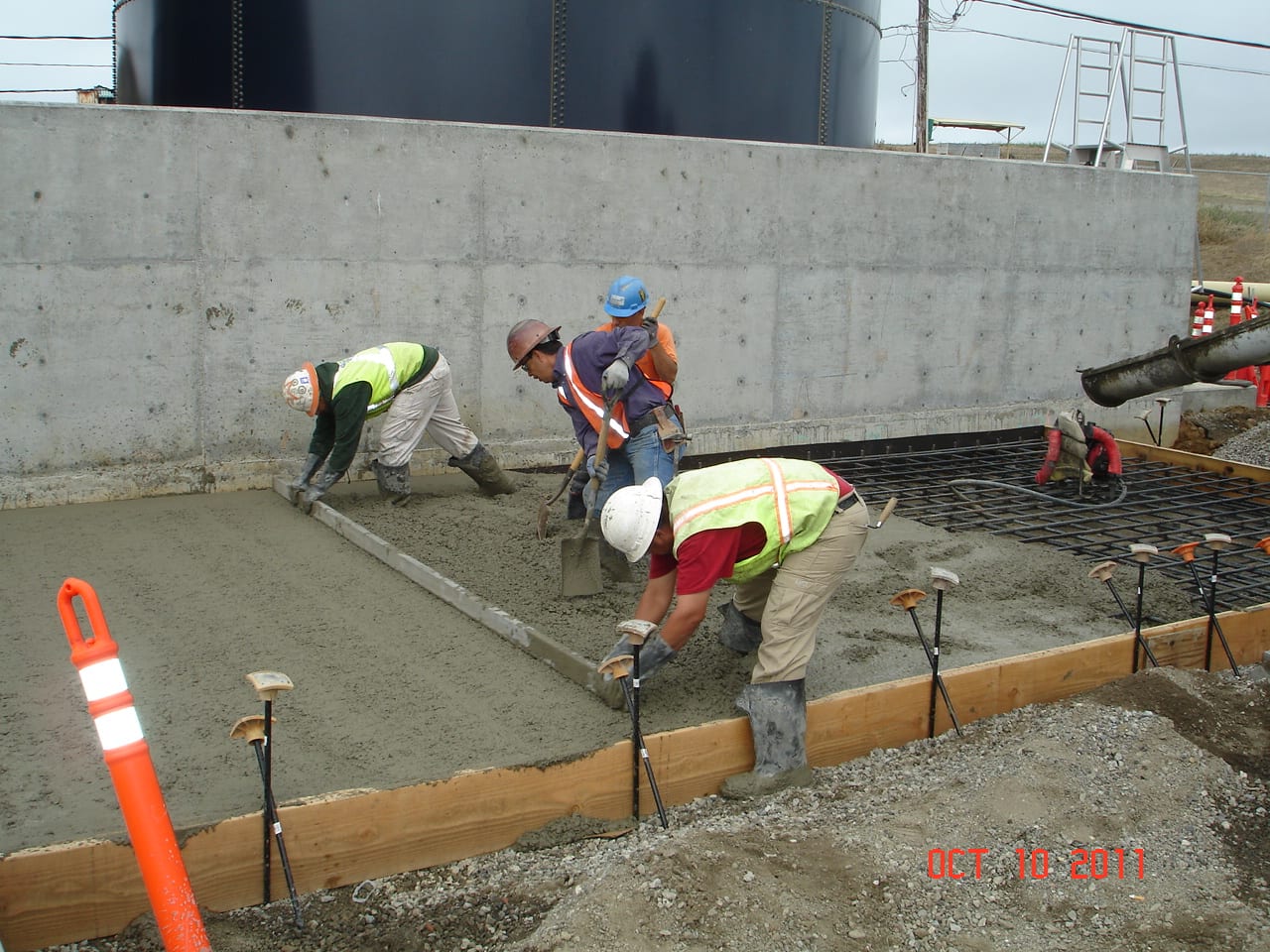 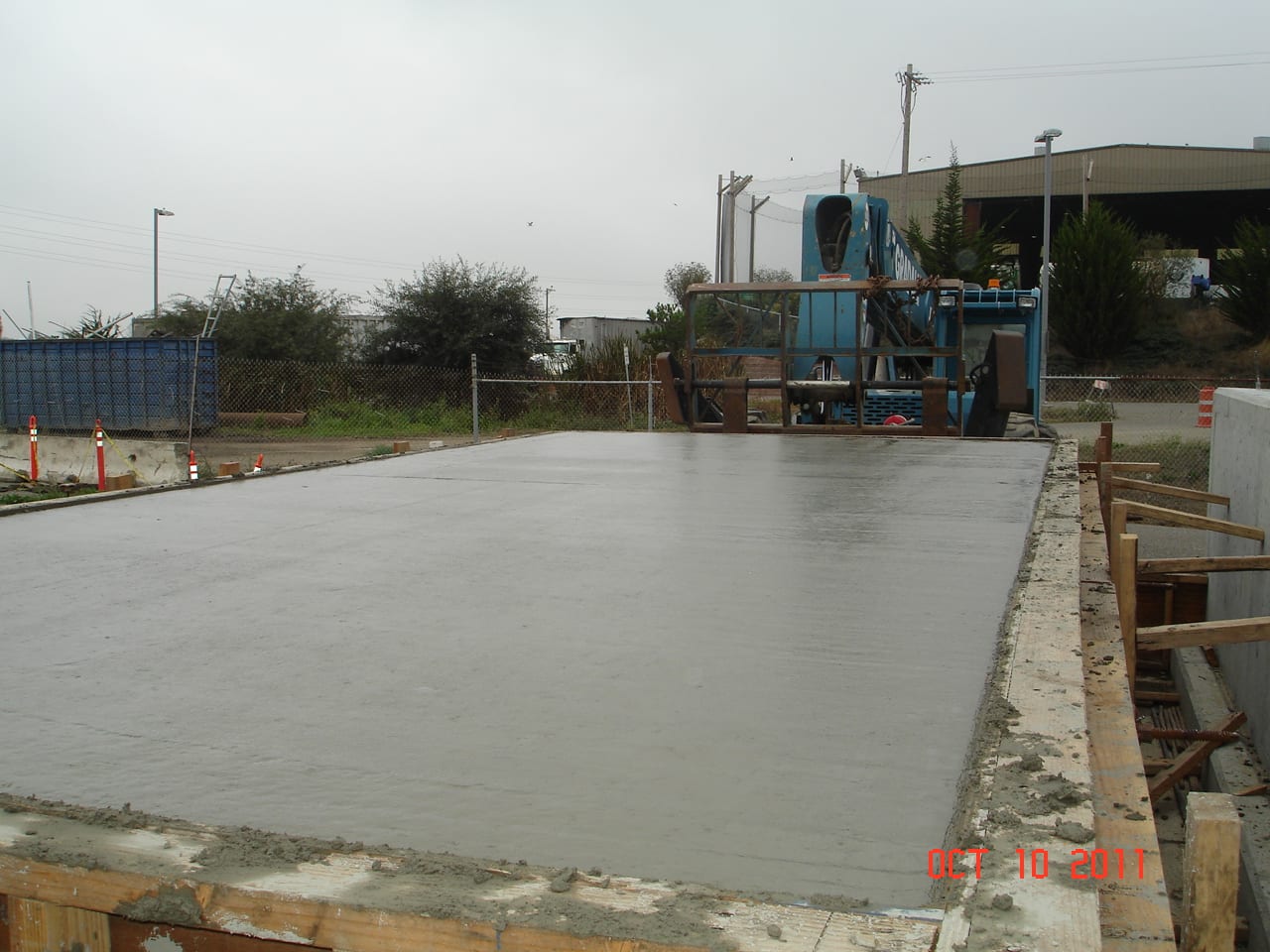 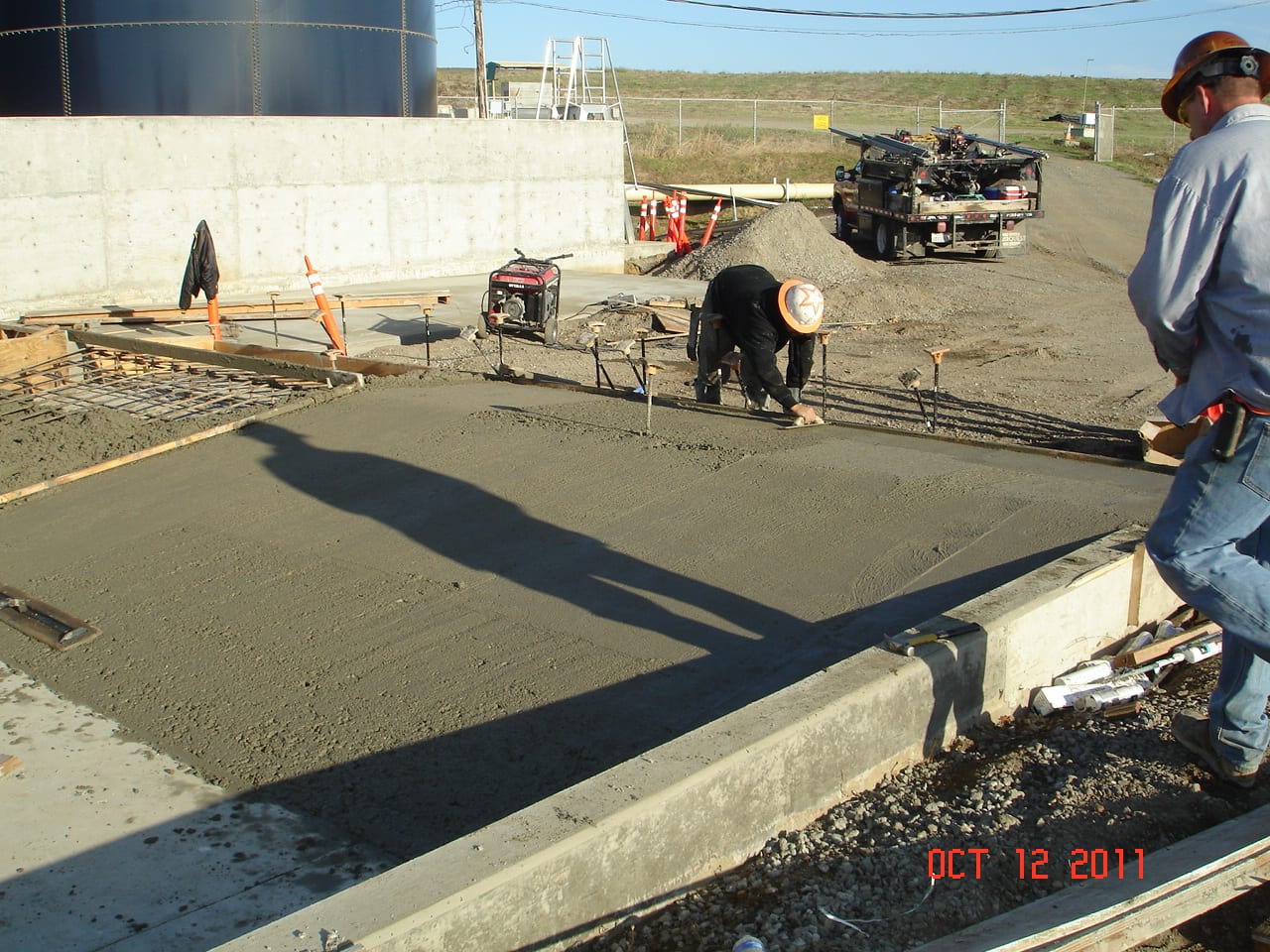 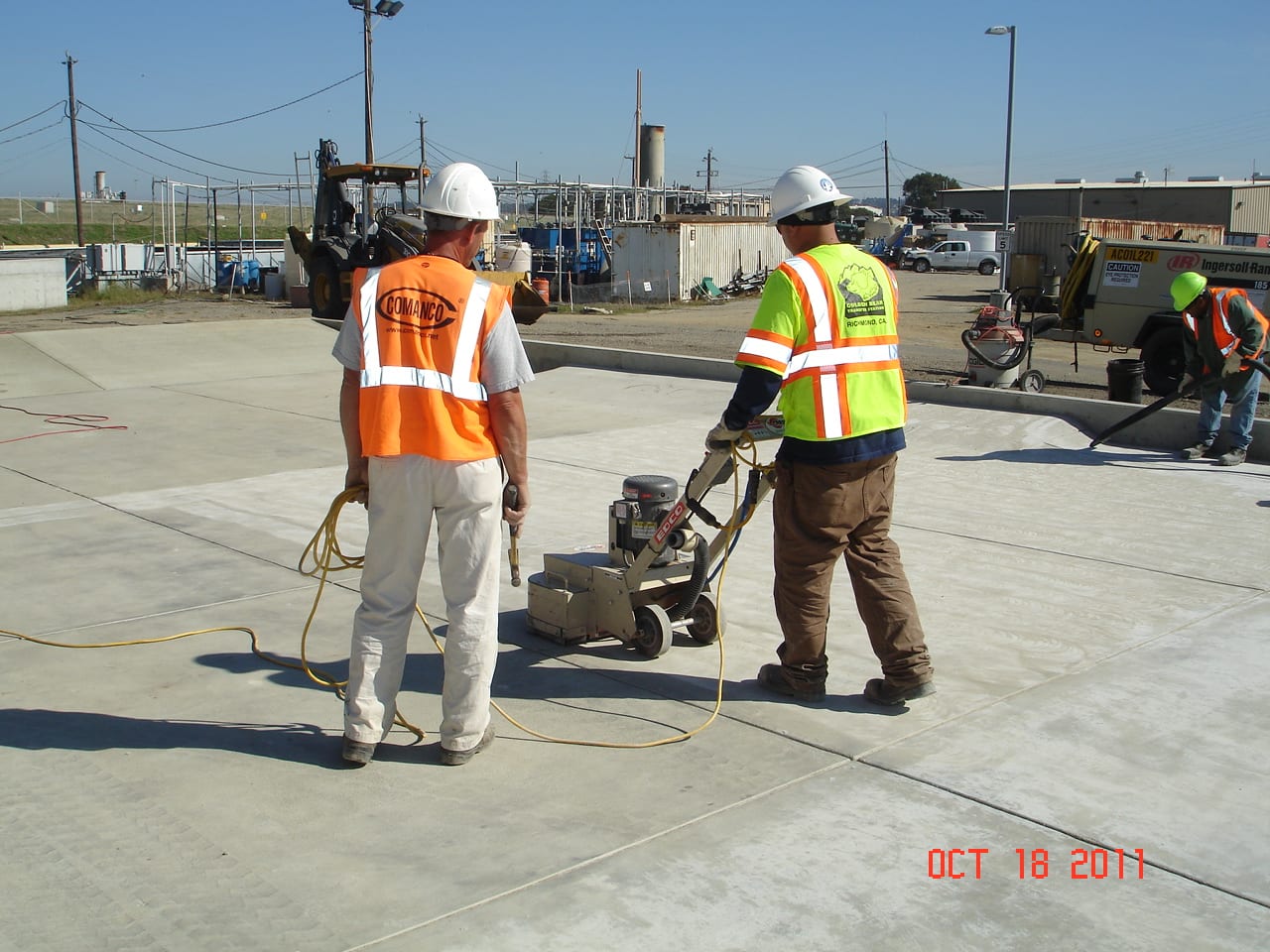 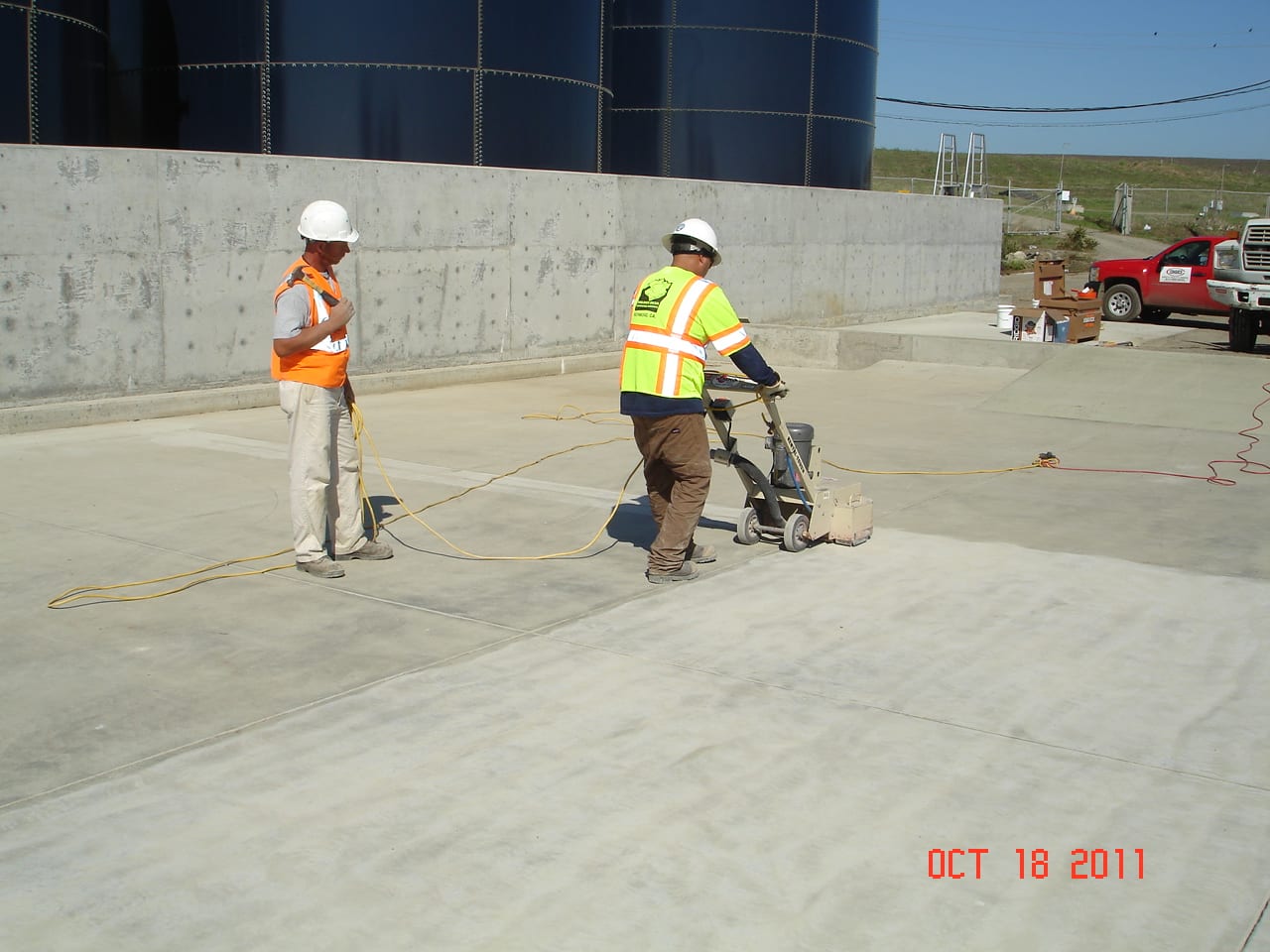 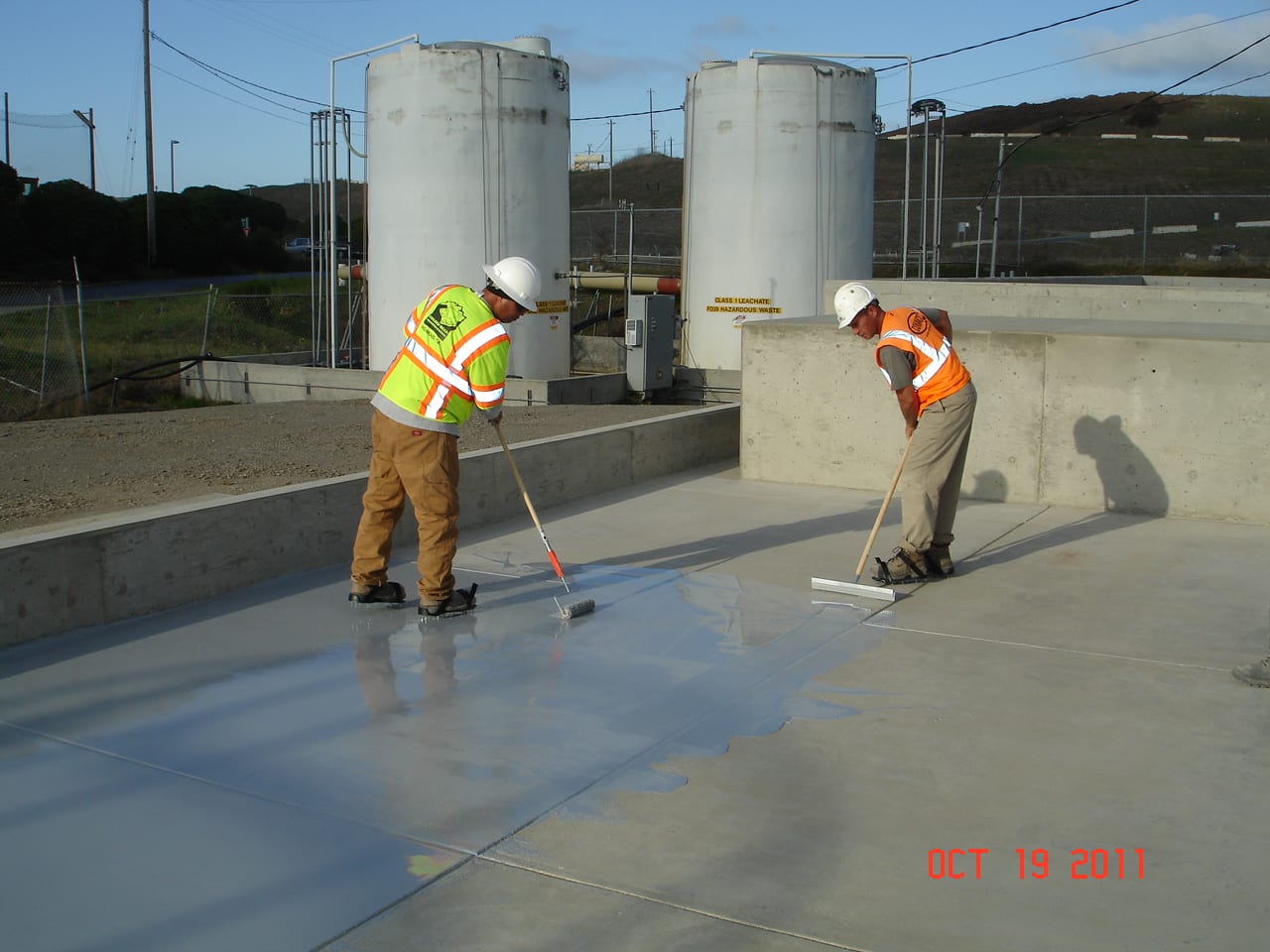 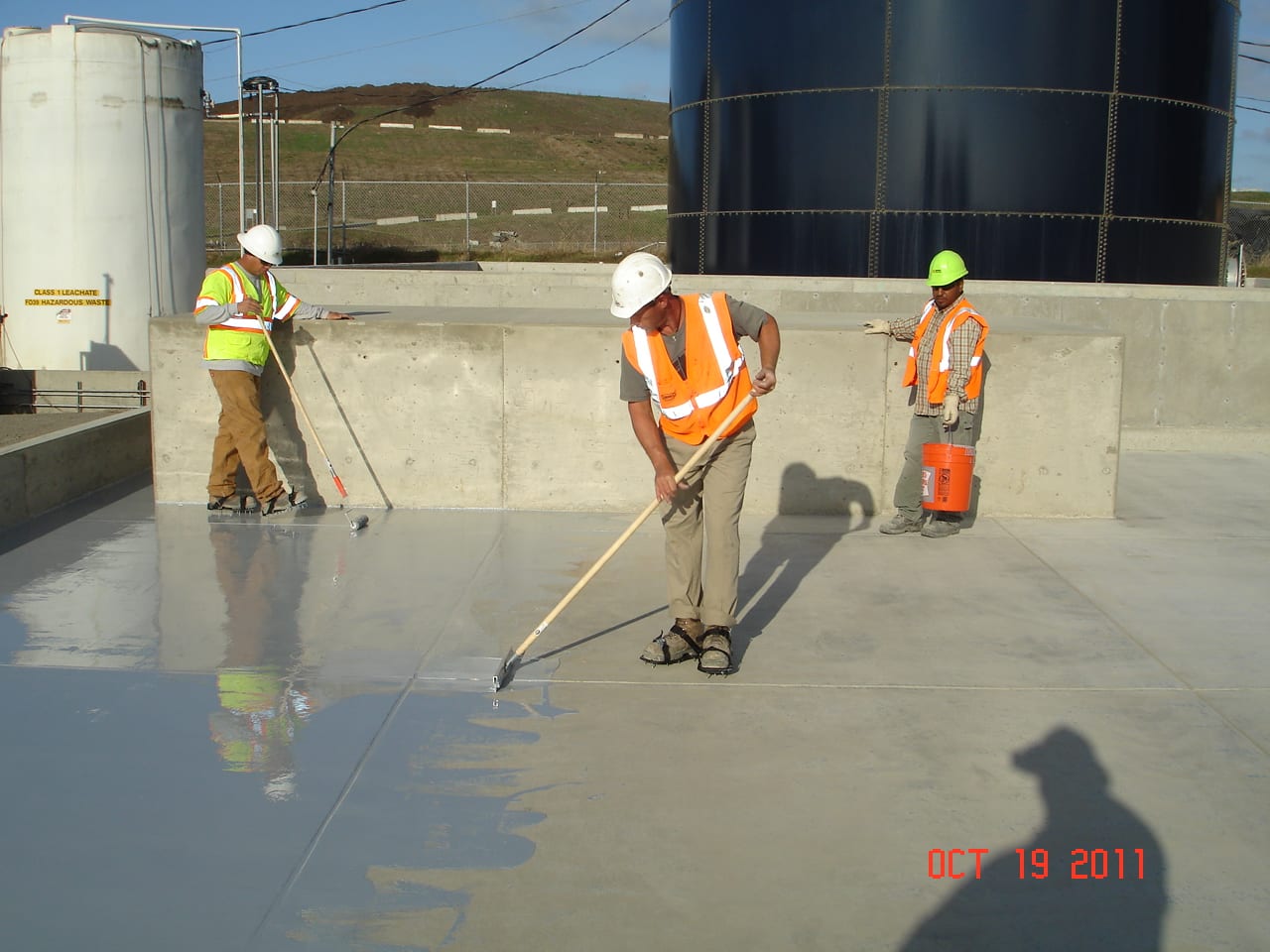 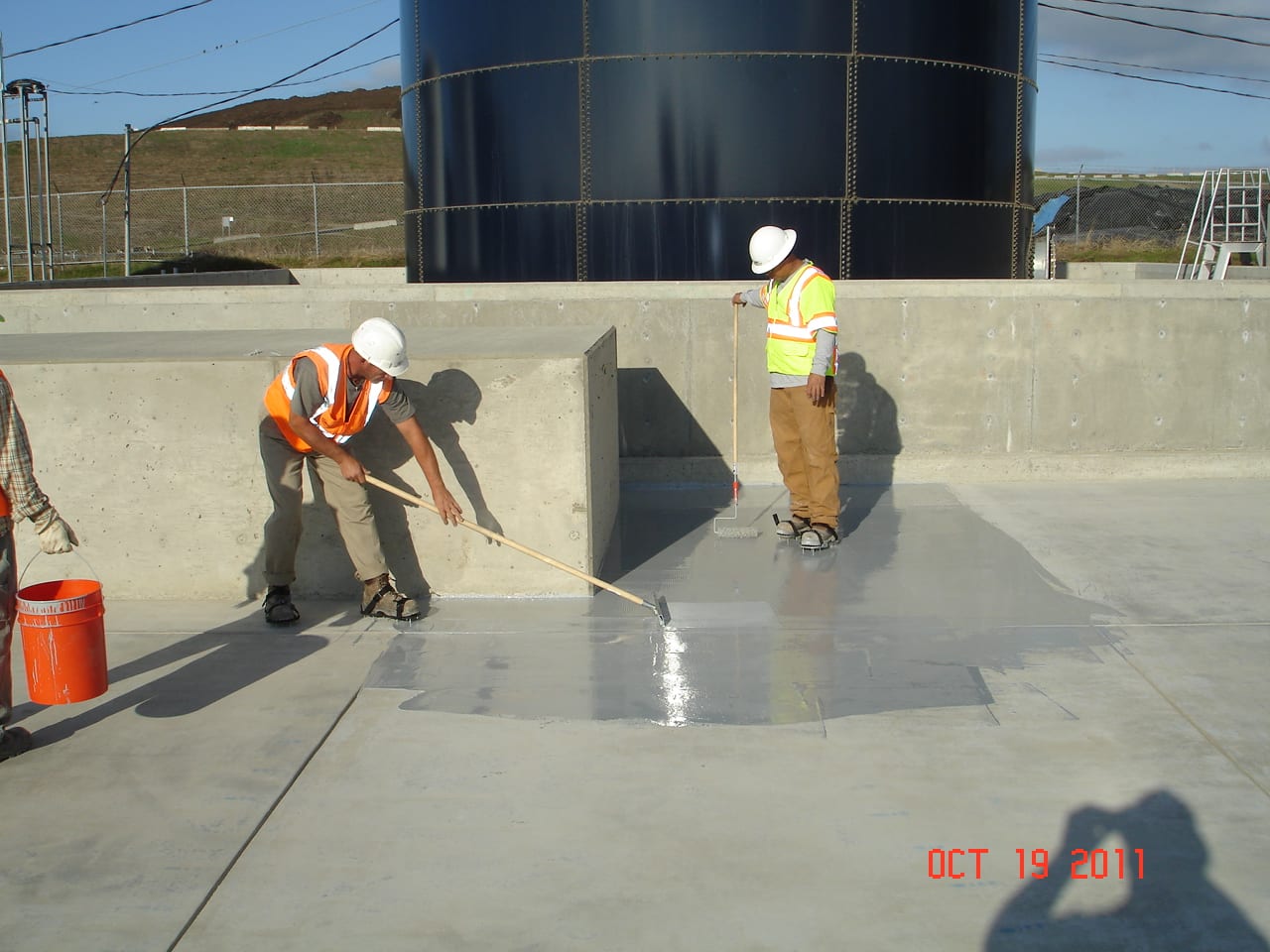 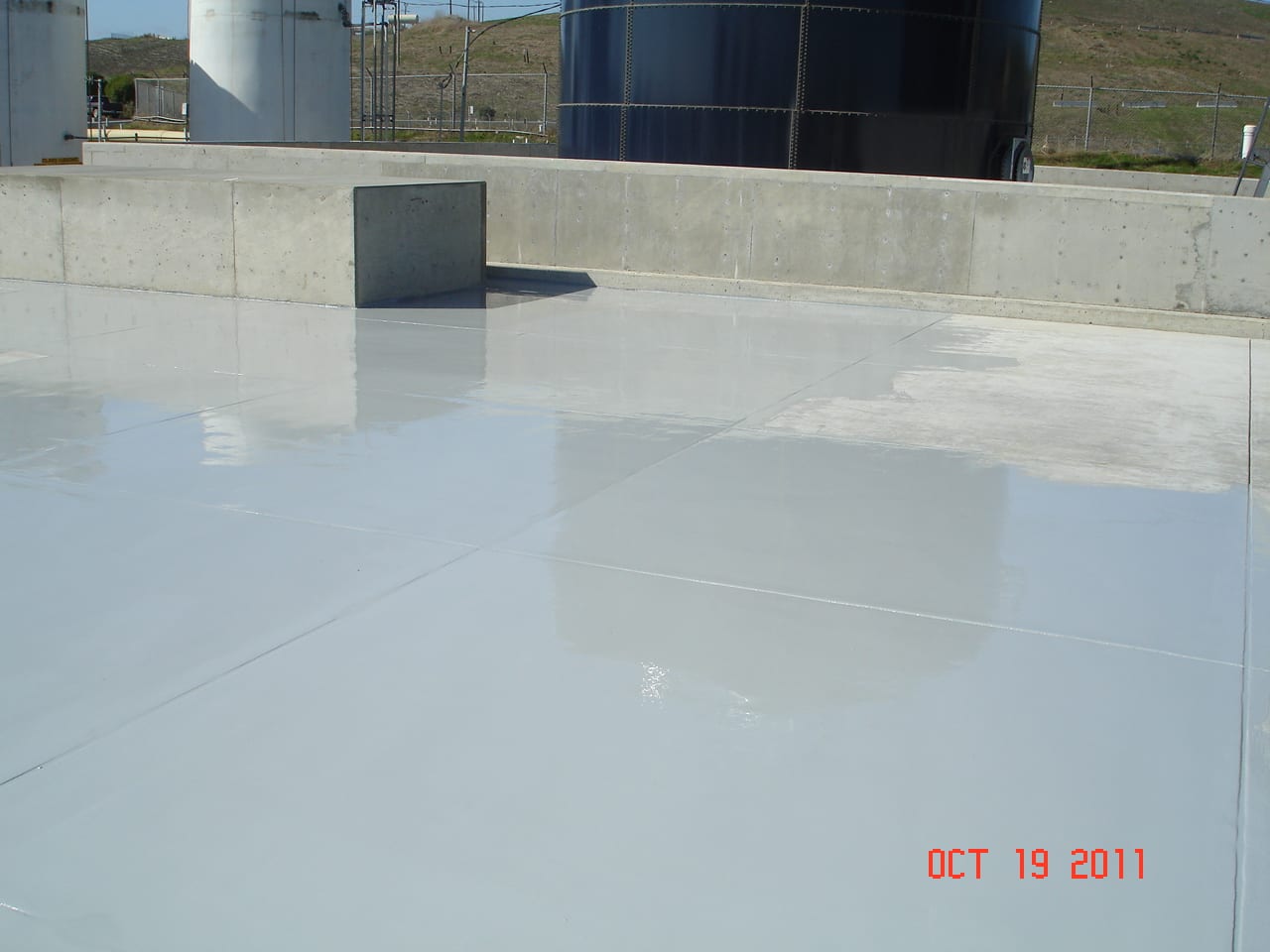 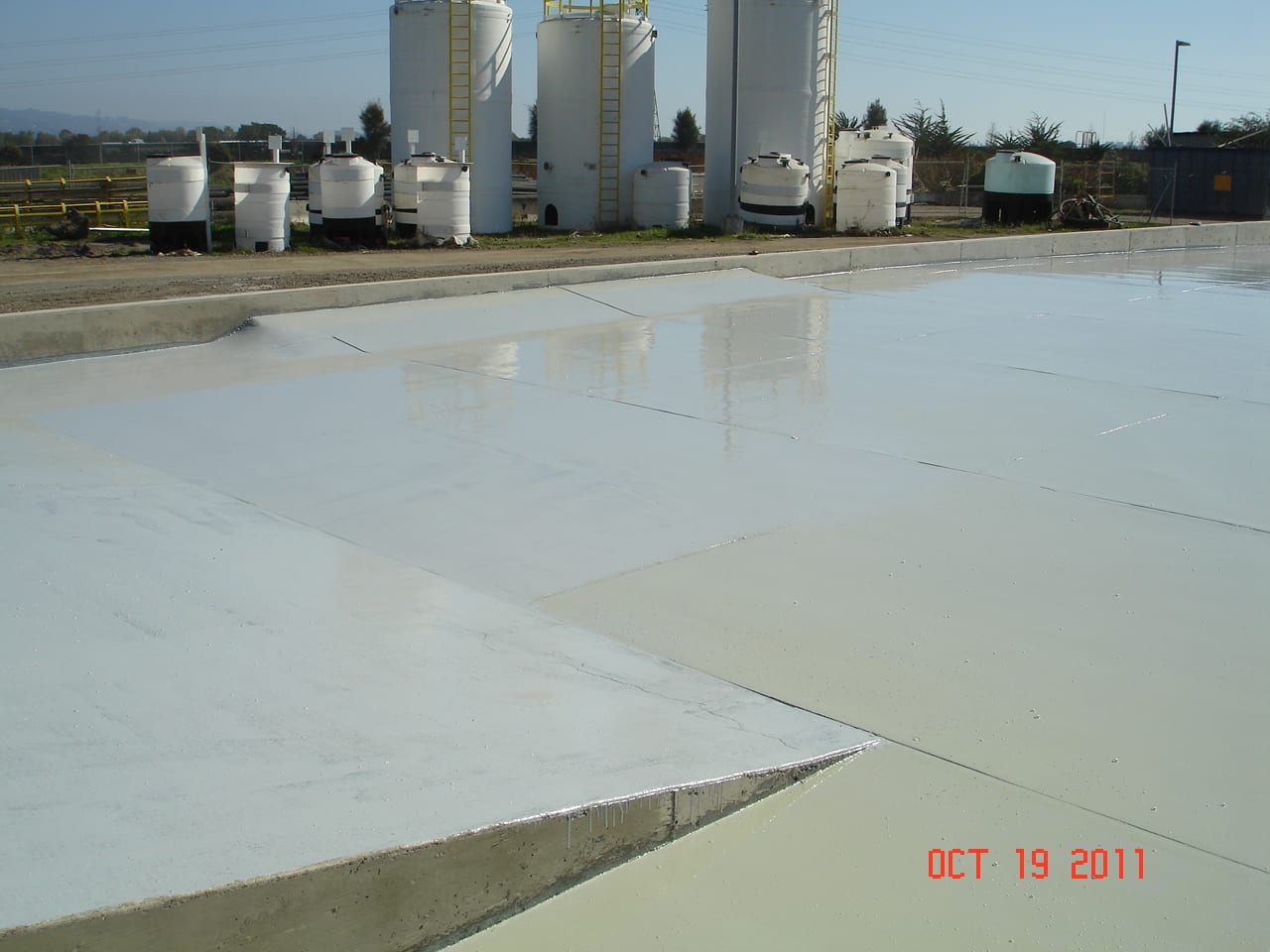