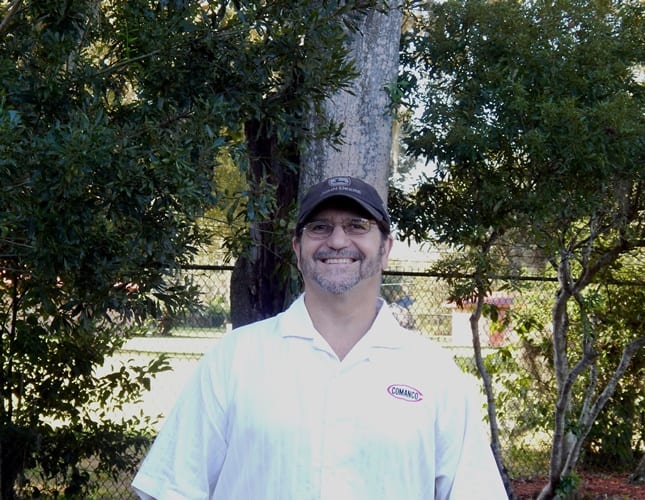 COMANCO is proud to congratulate Earl Lynch, Small Equipment Technician, who is celebrating ten years as a COMANCO employee on December 19, 2015.

Fun Facts about Earl:  Earl is the proud grandpa of 2 grandchildren, Nayla and Noviean. Nayla loves racing four-wheelers and playing in the mud, she is certainly not afraid to get dirty. Noviean is only 1 year old and is already showing that he loves the outdoors. Earl enjoys spending time with Nayla and Noviean on the weekends riding four-wheelers and making s’mores by the fire. Earl has dogs including a Black Mouth Cur who is very protective of his family. Earl likes to indulge in his favorite foods, lobster and cheesecake.

What Earl enjoys most about working for COMANCO is that everyone knows who you are. Even though the company has grown significantly since he started, he still feels like everyone is still very close. Earl also believes that communication is a huge asset at COMANCO, stemming from great leadership.

Congratulations, Earl, on the celebration of your tenth anniversary with COMANCO. We are very glad that you chose COMANCO, the nation’s leading service provider to the geosynthetics marketplace, as your employer.